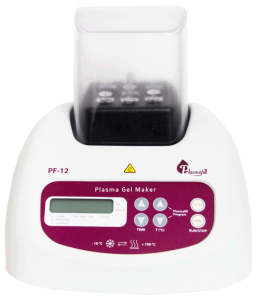 The formation of the Plasama Gel Maker

The capacity of the “Plasmafill PF12” device allows you to prepare twelve 1ml syringes in the same time, what means that you now has the possibility to apply up to 12 ml of the plasma gel after one round of preparings. On the digital display, you will also see a countdown which shows you the remaining time until the plasma gel is completed.No readjustment is necessary.
The integrated cooling function is of crucial importance:
1. By the rapid cooling, the stability and durability of the plasma gel in the body is increased.
2. After completion of the manufacturing process, the treatment can be started immediately. The finished plasma gel has the optimum temperature for the injection

Operating with the Plasma Gel Maker

For the operation you will find two parameters which you can easily adjust, the time and the temperature. Use the arrow buttons to adjust the needed settings and press the “start/stop” to start or stop the heating or cooling function

The automatic mode of the Plasma Gel Makers

By pressing the two “T” arrow buttons simultaneously for approximately 2 seconds, activates the fully automated Plasmafill program for the production of plasma gel. Alle necessary parameters are controlled completely automatically and you can see the progress of the process in percent on the display. A countdown shows you the remaining time until the end of the program.
The total duration of the Plasmafill program takes approximately 30 minutes.

A method of denaturing autologous plasma protein for obtaining biodegradable plasma gels with the help of multi-stage heating and cooling of blood plasma.

All PRP systems are different, so they consequently produce different results. The technique used for the isolation and concentration of platelets directly affects the availability and functionality of the growth factors. Effective cellular therapy requires a framework for cell migration, the progenitor cells, which can be transformed into bone- or soft-tissue. The plasma gel can also serve as signaling proteins for the modulation of the repair and regeneration. 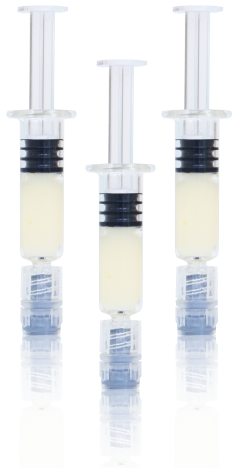 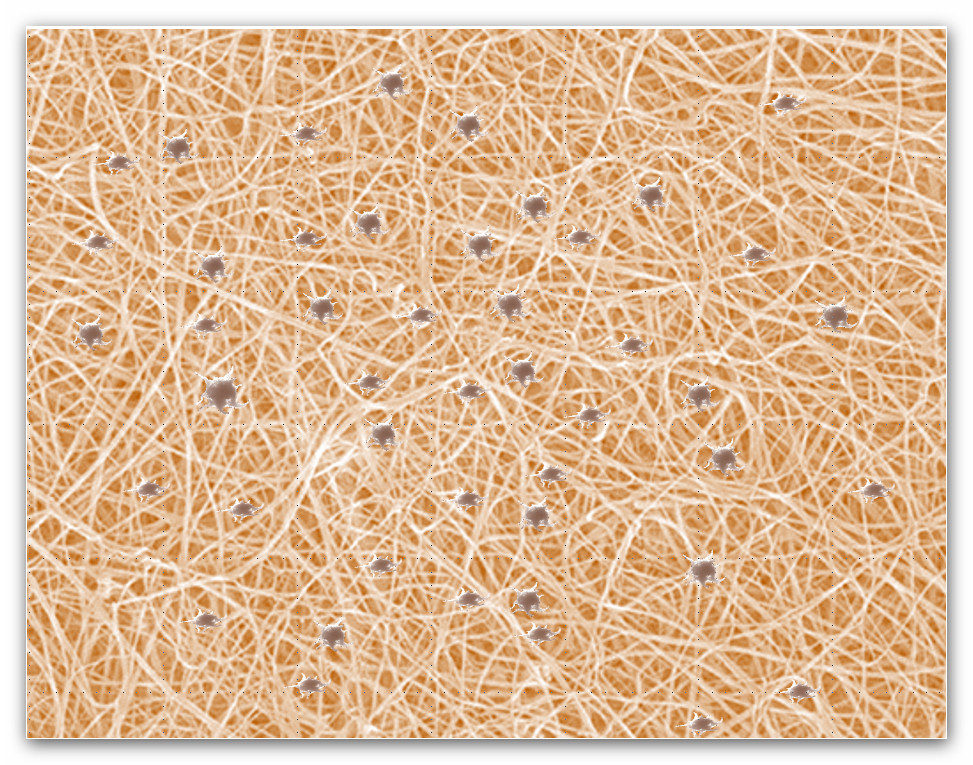 The concentration of the growth factors in any PRP preparation is directly proportional to the amount of platelets contained in PRP. The most important growth factors identified in the highly concentrated PRP are:

It is possible to use the Plasma Gel in combination with PRP for the following indications: 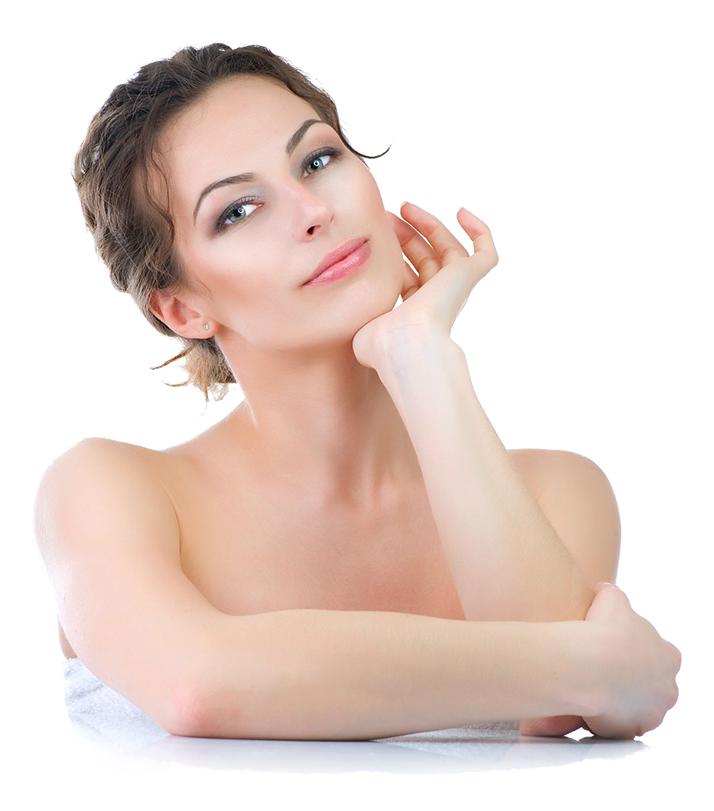